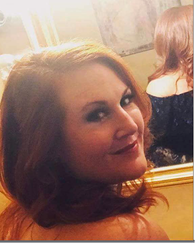 Kemp’s passion for performing and diverse musical tastes were evident from childhood. She began classical voice training at age 13, sang with a professional choir at 17, and performed in numerous theatrical productions throughout her native San Francisco Bay Area during her teenage years. She won recognition along the way, including top awards in several vocal performance categories at the California State Talent Competition in 1995. She attended the elite arts high school Idyllwild Arts Academy for her senior year, intensifying her study of musical theater, in anticipation of pursuing a 4-year degree from a college conservatory program. Upon graduating, she spent a summer sampling a different kind of singing – Rock – at Paul McCartney’s Liverpool Institute for Performing Arts in the U.K.

At age 18, Kemp took an abrupt detour from her creative career path. Forgoing scholarships to some of the nation’s top college conservatory programs, she instead chose to follow what she now confesses felt like a “safer, more practical” path, and went on to pursue a degree in Communication Studies from Northwestern University. That “practical” path led her into a corporate marketing career. For the next decade-and-a-half, she was, as she describes it, “a cubicle gypsy”: working in marketing roles in industries ranging from Tech to Wine, finding some creative fulfillment in the design and writing aspects of her marketing work, but still feeling perpetually unsatisfied by life in the corporate world. Music represented the path-not-taken for Kemp, until 2015, when she made the bold decision to change careers and revisit her earliest passion: singing.

In 2015, Kemp got back on stage for the first time in nearly 17 years, appearing in a musical revue in San Francisco. Appearances in several more Bay Area productions followed, and during that time, Kemp discovered an art-form that leveraged her musical theater training while bridging her varied musical interests: cabaret.

In early 2016, Mandy made her cabaret debut at Society Cabaret San Francisco with co-star Kim Long in the acclaimed two-woman show, A Blonde And A Redhead Walk Into A Bar. Later that year, her burgeoning second career brought her to Los Angeles, where Mandy debuted her first solo cabaret show, I Don't Need A Map, at Tom Rolla's Gardenia in February 2017. Following her L.A. cabaret debut, Mandy appeared in a string of showcases and benefit concerts around L.A., and she presented a second original cabaret show, Do-Overs, in San Diego, with the help of Producer/Director Clifford Bell. Her performance of Broadway composer Jason Robert Brown's song "I'm Not Afraid of Anything" was featured in a benefit concert for anti-bullying non-profit Pop Culture Hero Coalition, and a recording of her performance appears on the subsequently-produced album, Revolution: Live Music Benefit for Pop Culture Hero Coalition.

As she began to forge her new career in the Los Angeles music scene, Kemp discovered a passion for one of the few genres she had not yet explored: Jazz. She sought training from some of the artists she most admired, including lauded Seattle vocalist Greta Matassa and Grammy-nominated jazz icon Jane Monheit. She performed her first jazz-focused show, “Firecracker Jazz” in October 2017 Upstairs at Vitello's in Studio City. Since that time, Kemp has gained momentum as a jazz singer in the Southern California music scene, gigging regularly and delivering vibrant, "firecracker" stage performances at such Los Angeles venues as Rockwell Table & Stage and Catalina Jazz Club.

In March 2019, Kemp released her debut EP, "Firecracker" with the artistic guidance of producer Jane Monheit. Songs from the EP are now available on Bandcamp, iTunes, Amazon, CD Baby, Google Play, and most other major music platforms. 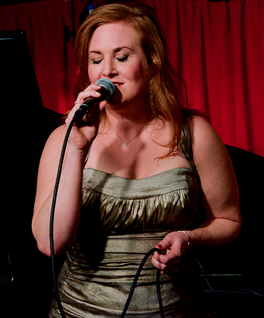